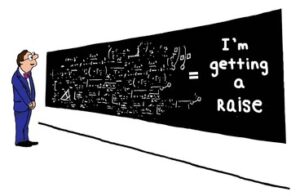 To summarize, California courts have long viewed class actions as a means whereby claims of many individuals can be resolved at the same time.

“Section 382 of the Code of Civil Procedure authorizes class suits in California when ‘the question is one of a common or general interest, of many persons, or when the parties are numerous, and it is impracticable to bring them all before the court.’

“Class certification requires proof (1) of a sufficiently numerous, ascertainable class, (2) of a well-defined community of interest, and (3) that certification will provide substantial benefits to litigants and the courts, i.e., that proceeding as a class is superior to other methods.”

California law requires that the complaint contain a “common” issue to all putative class members. In our case, we will argue that there is not a common issue, as the employee records will indicate the individualized time entries, break times, and compensation for each employee. These are individualized disputes, and cannot be resolved by a class action lawsuit since all employee time records differ, and there is not a “uniform” policy or common error in place to make this action suitable for a class action lawsuit.

Below is supporting case law to this point.

On the issue of whether common issues predominate in the litigation, a court must “examine the plaintiff’s theory of recovery” and “assess the nature of the legal and factual disputes likely to be presented.”  (Brinker, supra, 53 Cal.4th at p. 1025.)   The court may consider the elements of the claims and defenses, but should not rule on the merits unless necessary to resolve the certification issues.  (Ibid.;  Lockheed Martin Corp. v. Superior Court (2003) 29 Cal.4th 1096, 1106;  Linder, supra, 23 Cal.4th at pp. 439–440.)   “The ‘ultimate question’  is whether ‘the issues which may be jointly tried, when compared with those requiring separate adjudication, are so numerous or substantial that the maintenance of a class action would be advantageous to the judicial process and to the litigants.’ ”  (Brinker, at p. 1021.)  “ ‘As a general rule if the defendant’s liability can be determined by facts common to all members of the class, a class will be certified even if the members must individually prove their damages.’ ”  (Id. at p. 1022.)

For class certification purposes, a plaintiff is required to present substantial evidence that proving both the existence of an employer’s uniform policies and practices and the alleged illegal effects of such conduct could be accomplished efficiently and manageably within a class setting.  (See Sotelo v. Medianews Group, Inc. (2012) 207 Cal.App.4th 639, 654 [“A class may establish liability by proving a uniform policy or practice by the employer that has the effect on the group of making it likely that group members will work overtime hours without overtime pay, or to miss rest/meal breaks.” (italics added) ].)  [See more at: http://caselaw.findlaw.com/ca-court-of-appeal/1626126.html#sthash.CFaIVhYB.dpuf]

“Critically, if the parties’ evidence is conflicting on the issue of whether common or individual questions predominate (as it often is), the trial court is permitted to credit one party’s evidence over the other’s in determining whether the requirements for class certification have been met,” the appeals court said in Dailey v. Sears Robuck and Co. (2013).

Often, there is no uniform application of a company policy or guideline, other than to clock in and out for work time, and break times.

Further support for the proposition that merely stating  a company has “guidelines” which violate California law, does not in itself support class certification, is in the case of Koval v. Pacific Telephone Co.

A recent case decided in January 2014 is  Koval v. Pacific Bell Telephone Co., 232 Cal.App.4th1050 (2014), where plaintiffs alleged “systematic company guidelines” restricted employee activities during meal and rest breaks and “prevented employees from fully realizing the [meal and rest] breaks to which they were entitled.”  Following Brinker Restaurant Corp. v. Superior Court, 53 Cal.4th 1004 (2012), the trial court held the mere existence of a uniform policy does not mandate class certification, concluding that variations in the employer’s application of policy created “serious doubt as to whether the rules were consistently applied so as to allow adjudication of the liability issues on a class-wide basis.”  The California Court of Appeal affirmed, in a published decision.

The plaintiffs in the case sought to certify a class of approximately 6,700 current and former field technicians employed at company locations throughout California.  Plaintiffs alleged the company failed to relinquish control over their activities during meal and rest breaks and thus violated California law.  They argued that, collectively, an array of more than a dozen employer manuals contained “systematic company guidelines” prohibiting employees from doing any of the following during breaks:  meeting up with their colleagues; going home; leaving their work vehicles; riding in other vehicles; sleeping in their work vehicles, or driving their work vehicles outside normal work routes to get a meal.  Further, a company representative had testified that employees were “expected to adhere to the expectations” contained in a number of the manuals and that failure to do so could result in disciplinary action.

Opposing certification, the company submitted evidence that the manner in which supervisors enforced and/or orally conveyed the information in the written policies was highly variable, and therefore “determining whether the policies were so restrictive as to have transformed break time into work time would necessitate individualized inquires.”

The trial court denied certification, reasoning: “What is important, and ultimately fatal to Plaintiffs’ bid for class certification, is the manner in which the six rules reflected in the written materials were applied, and that in turn begins with the question of how the rules were communicated.”

On appeal, the court first recognized that, under Brinker, an employer is only obligated to make uninterrupted meal periods and rest breaks available to its employees, “but is not obligated to ensure they are taken.”  The court then emphasized Brinker’s recognition that claims may be suitable for class treatment where (i) a uniform policy (ii) is consistently applied to a group of employees.

On this basis, the appellate court rejected plaintiffs’ argument that, under Brinker, plaintiffs did not need to “introduce facts showing both uniform policies and consistent application of those policies.”  The court also rejected plaintiffs’ argument that the trial court had committed legal error by assessing “how the allegedly unlawful policies were implemented.”  The failure of plaintiffs to demonstrate that the allegedly unlawful policies were consistently applied, the appellate court reasoned, “create[d] a shifting kaleidoscope of liability determinations that render this case unsuitable for class action treatment.”

Koval joins post-Brinker state court decisions such as Dailey v. Sears, Roebuck & Co. 214 Cal. App. 4th 974, 1002 (2013)(“the absence of a formal written policy explaining [employees’] rights to meal and rest periods does not necessarily imply the existence of a uniform policy or widespread practice of either depriving these employees of meal and rest periods or requiring them to work during those periods”) and In re Walgreen Co. Overtime Cases 231 Cal. App. 4th 437, 443(2014) (“under the Brinker’ make available’ standard, you additionally must ask why the worker missed the break before you can determine whether the employer is liable”) in requiring more than a uniform policy to support class certification. These cases strengthen employers’ hand in opposing class certification where the plaintiff cannot establish both (i) the existence of a uniform unlawful policy and (ii) the consistent application of that policy to a putative class.

The above mentioned cases support a deeper pre-certification analysis, which seems to be the trend in California over the last year or two, as courts attempt to halt the class action epidemic.