Should your business use alternative dispute resolution (ADR) to avoid actual court cases? ADR, including mediation and arbitration, is often cited as a good way to avoid the expense of going to court. But it has other benefits for small companies, including nonfinancial benefits. What are some of these and how can they help your company? Here are a few reasons to consider this approach. END_OF_DOCUMENT_TOKEN_TO_BE_REPLACED

In mid-May 2021, California Governor Gavin Newsom announced that the state’s COVID-19 safety mandates would be extended until June 15. But now, businesses are free to open without capacity restrictions or physical distancing limitations and fully-vaccinated persons are no longer required to wear masks in buildings. Rumors persisted that the state would keep the mask mandate in place even after reopening but this announcement brings the state into alignment with the newest Center for Disease Control guidance. This is welcome news to California franchises, which have faced numerous challenges just keeping the lights on in the wake of the pandemic and subsequent year-long lockdown. Without capacity restrictions and physical distancing requirements, franchises can finally open up and go back to making money once again. California has also brought its statewide travel guidelines into compliance with current CDC guidance, opening up even more avenues for business. END_OF_DOCUMENT_TOKEN_TO_BE_REPLACED 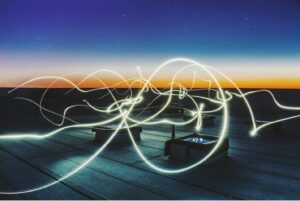 On May 25, 2021, the San Diego City Council voted 6-3 to approve a franchise agreement between the city and San Diego Gas & Electric. SDG&E, an energy utility that provides gas and electric services, is a subsidiary of Sempra Energy, which is likewise based in San Diego. The agreement means that SDG&E will continue to provide energy services to San Diego residents for the next 10 years and includes an option to extend the agreement an additional 10 years. The franchise agreement was approved after a lengthy debate and public comment by 120 citizens. In exchange for providing energy, SDG&E will be paid $80 million to cover the franchise agreements while an additional $30 million will be allocated to help meet the City’s climate-related goals. In the end, the City Council and SDG&E determined that the deal, which was negotiated by Mayor Todd Gloria, was too good to pass up. The agreement has several out clauses and also allows for the city to purchase SDG&E from Sempra at the going rate and municipalize the utility under public oversight. Though the agreement is new, SDG&E has held exclusive franchise agreements to provide energy services with San Diego for over 100 years.

In Spite of Agreement, Questions Remain

Although the City and SDG&E agreed on an $80 million franchise fee for providing energy services, they are still at odds over other issues and outstanding franchise agreements. In January 2020, the City of San Diego sued SDG&E for more than $35 million after the City had to pay to move the utility company’s equipment during the Pure Water project. Then, after the previous energy services franchise agreement expired in January 2021, the two sides began bickering over SDG&E’s progress in burying power lines across the city. San Diego’s city attorney’s office has claimed that SDG&E was both overcharging for its services in burying the power lines and had engaged in a purposeful slowdown on the project while waiting for the new franchise agreements to be signed. SDG&E, however, claimed that they were not authorized to work on burying the lines after the prior franchise agreement expired, but some in the City saw that as little more than an excuse. Indeed, some members of the City Council expressed concerns that San Diego was agreeing to a massive, new franchise fee with SDG&E while the two parties are engaged in litigation over Pure Water and a contentious standoff over burying the power lines.

In spite of these outstanding issues, the City voted in favor of the new $80 million franchise agreement after it received support from a broad cross-section of individuals and groups, including San Diego residents, politicians, union members, and local business interests. A massive deal of this kind can only mean good things for other businesses and entities looking to sign franchise agreements in the State of California in the future.

With America reopening in the wake of the covid-19 pandemic, employees are returning to the office after working remotely for more than a year, but some may not be able to come back for various reasons. In order to ease the transition for all parties involved, two bills were recently introduced before the California legislature that would give employers and employees the power to agree to mutually-beneficial flexible work schedules. The two pieces of legislation, Assembly Bill 230 and Assembly Bill 1028, introduced in January and February 2021, respectively, would create a narrow new exception to the existing 8-hour overtime rule by giving employees the right to request a remote, flexible work schedule of up to four 10-hour days per week. However, under this new arrangement, the employer would not be required to pay increased overtime wages for the 9th and 10th hours of each workday as is normally required by state law. AB1028 would also allow employees working these flexible schedules more leeway when planning their meal and rest breaks throughout the workday. With the introduction of these bills, it seems clear that California is prepared to give both employers and employees additional benefits to make flexible work schedules easier to create and maintain.

While AB230 and AB1028 would put more power into the hands of employees by giving them the ability to request remote, flexible schedules, it should be noted that employers are not required to approve the request and that nothing introduced in either AB230 or AB1028 is mandatory. Additionally, the flexible work schedule may be discontinued at any time by either the employer or employee giving notice to the other party, so it’s not a permanent imposition. Further, employers who agree to a flexible work schedule are no longer required to pay the overtime rate unless the employee works more than 10 hours in a day or 40 hours in a week, which provides some economic relief and incentive. So these bills would not be all bad for employers as they provide some impressive carrots for employers who have the capacity to allow their employees the opportunity to work remotely.

Though employers may be skeptical of such changes and allowing more employees to work remotely, it must be noted that AB230 and AB1028 are both still pending in the California Legislature. Both bills have been referred to the Committee on Labor and Employment where they will be subject to further debate and scrutiny by committee members before an eventual vote is taken and AB 1028 has also been referred to the Committee on Judiciary. All of this means that the bills face some hurdles and could be changed or outright rejected before the full legislature ever gets a chance to vote on them. In the meantime, employers should consider the possible impact of this legislation when making plans for how and when they will let employees who can’t return to the office work remotely.

Gig Companies Take Another Blow in the Courtroom

Earlier this year, gig economy companies operating in California lost another lawsuit seeking to allow them to determine questions of gig worker classification via private arbitration instead of using the courts. On April 22, the Second Appellate District of the Court of Appeals of the State of California invalidated an arbitration provision in Uber’s contracts that would have waived the right for workers to file a suit against the company under California’s Private Attorney General Act. Uber argued that this contractual provision meant that issues such as gig worker misclassification and labor law violations must first be decided in arbitration before the worker could sue under PAGA, but the courts once again declined to adopt this position. With this loss, Uber joins other gig companies like Zum Services and Skip Transport, both of which have previously failed to halt PAGA lawsuits on the basis of contractual arbitration waivers. With this series of courtroom setbacks, it appears that gig companies operating in California will be faced with the possibility of incurring significant liability if workers take them to court under PAGA.

What is The Private Attorney General Act?

Codified in 2004, California’s PAGA is an expansive law that allows “aggrieved employees” to file lawsuits on behalf of themselves, other employees, and the State itself for violations of California’s labor laws. Despite the fact that private individuals bring the claim themselves, California courts have routinely held that a PAGA lawsuit is not “an individual action at all, but instead is one that is indivisible and belongs solely to the state.” Indivisibility is key because gig companies have repeatedly argued that worker classification questions are “threshold issues” that must be settled first to determine whether the worker is indeed an aggrieved employee or simply an independent contractor. Further, gig companies argue that any such threshold issues should be decided in private arbitration according to contractual provisions because independent contractors have no standing to sue under PAGA in the first place. However, California courts have rejected this argument outright, finding that there are no divisible threshold issues in PAGA cases and that courts, not private arbitration, should determine whether the aggrieved employee was actually aggrieved and actually an employee. Likewise, courts have found that a worker’s right to file a PAGA lawsuit cannot be waived and that any arbitration provision that seeks to do so is unenforceable and invalid.

What Does it Mean for Companies?

Uber’s loss in the courtroom appears to be even more evidence that California courts will protect a worker’s right to sue under PAGA, regardless of any possible threshold issues. Gig companies operating in California should be aware of the increased risk and potential liabilities they face from PAGA lawsuits and that contractual waivers appear to be unenforceable in the state. However, it is unknown how Proposition 22, the voter-approved ballot initiative that exempts most gig workers from the state’s worker status laws, will affect existing and future PAGA lawsuits going forward.