The Controlled Substance Utilization Review and Evaluation System (CURES) was certified for statewide use by the Department of Justice (DOJ) on April 2, 2018. Therefore, the mandate to consult CURES prior to prescribing, ordering, administering, or furnishing a Schedule II–IV controlled substance becomes effective on October 2, 2018. Here is everything you need to know to prepare for October. 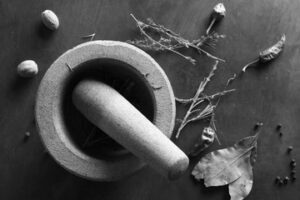 Under the FDA rules, the answer is yes:

(i) is engaged in the compounding of sterile drugs;

(ii) has elected to register as an outsourcing facility; and

(iii) complies with all of the requirements of this section.

(B) An outsourcing facility is not required to be a licensed pharmacy.

(C) An outsourcing facility may or may not obtain prescriptions for identified individual patients. (emphasis added)”

Senate Bill 619, which was sponsored by the California Board of Pharmacy. This Senate Bill has not been enacted into law. On February 1, 2016, Senate Bill 619 was returned to the Secretary of the Senate, pursuant to Joint Rule 56.4 If it had been enacted, it would have prevented a 503(b) pharmacy from preparing patient specific medications.

Although this Senate Bill is not enacted into law, it could be enacted soon.

The Board of Pharmacy in California will continue to seek to regulate outsourcing facilities or 503(b) facilities.

In conclusion, 503(b) pharmacies or outsourcing facilities may under the FDA rules legally prepare patient specific medications. Consult with our firm or your counsel before making any decisions as the law in this field keeps changing. This article is designed for general information only. The information presented should not be construed to be formal legal advice nor the formation of a lawyer/client relationship

4 Joint Rules of the Senate and Assembly, 2015-2016 Regular Session,4 Joint Rule 56 states: “Bills introduced in the first year of the regular session and passed by the house of origin on or before the January 31st constitutional deadline are ‘carryover bills.”” Immediately after January 31, bills introduced in the first year of the regular session that do not become “carryover bills” shall be returned to the Chief Clerk of the Assembly or Secretary of the Senate, respectively. Notwithstanding Rule 4, as used in this rule “bills” does not include constitutional amendments,” Joint Rule 4 states: “Whenever the word “bill” is used in these rules, it includes any constitutional amendment, any resolution ratifying a proposed amendment to the United States Constitution, and any resolution calling for a constitutional convention.”

“(a) In general Sections 352(f)(1), 355, and 360eee-1 of this title shall not apply to a drug compounded by or under the direct supervision of a licensed pharmacist in a facility that elects to register as an outsourcing facility if each of the following conditions is met:

(8) Prohibition on wholesaling
The drug will not be sold or transferred by an entity other than the outsourcing facility that compounded such drug. This paragraph does not prohibit administration of a drug in a health care setting or dispensing a drug pursuant to a prescription executed in accordance with section 353(b)(1) of this title.

(a) A pharmacy shall not compound sterile drug products unless the pharmacy has obtained a sterile compounding pharmacy license from the board pursuant to this section. The license shall be renewed annually and is not transferable.
(b) A license to compound sterile drug products shall be issued only to a location that is licensed as a pharmacy and shall be issued only to the owner of the pharmacy licensed at that location.

California makes clear that compounding limitations include: a valid prescription for an individual patient, a limited quantity, of not more than a 72 hour supply, and retail pharmacies are excluded.

16 CFR §1735.2. Compounding Limitations and Requirements, provides:
(a) Except as specified in (b) and (c), no drug product shall be compounded prior to receipt by a pharmacy of a valid prescription for an individual patient where the prescriber has approved use of a compounded drug product either orally or in writing. Where approval is given orally, that approval shall be noted on the prescription prior to compounding.
(b) A pharmacy may prepare and store a limited quantity of a compounded drug product in advance of receipt of a patient-specific prescription where and solely in such quantity as is necessary to ensure continuity of care for an identified population of patients of the pharmacy based on a documented history of prescriptions for that patient population.
(c) A “reasonable quantity” as used in Business and Professions Code section 4052(a)(1) means that amount of compounded drug product that:
(1) is sufficient for administration or application to patients in the prescriber’s office, or for distribution of not more than a 72-hour supply to the prescriber’s patients, as estimated by the prescriber; and
(2) is reasonable considering the intended use of the compounded medication and the nature of the prescriber’s practice; and
(3) for any individual prescriber and for all prescribers taken as a whole, is an amount which the pharmacy is capable of compounding in compliance with
pharmaceutical standards for integrity, potency, quality and strength of the compounded drug product.
(f) The pharmacist performing or supervising compounding is responsible for the integrity, potency, quality, and labeled strength of a compounded drug product until it is dispensed.
h) Health care entity means any person that provides diagnostic, medical, surgical, or dental treatment, or chronic or rehabilitative care, but does not include any retail pharmacy or any wholesale distributor. Except as provided in § 203.22(h) and (i) of this chapter, a person cannot simultaneously be a “health care entity” and a retail pharmacy or wholesale distributor.